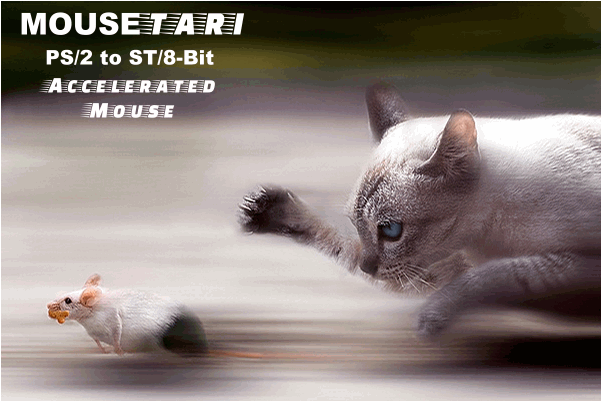 When programmed with the MOUSETARI firmware, a Microchip PIC MCU turns into a PS/2 to Atari ST or 8-Bit (400, 800, XL, XE) mouse converter. And although originally intended for internal installation, it could easily serve external plug-in applications.

​Features
Where internal installation is to be implemented, all Joystick related connections should be made behind in-line resistors so as to protect the PIC chip outputs from a direct short in the event that a Joystick were to be plugged in and toggled. An easy way to accomplish this would be to trace the Atari's Joystick pins to where they tie into a resistor on the motherboard, and then connect the opposite side of that resistor to the appropriate PIC chip I/O pin (see Pin-Out Chart above).
Powered by